Editor’s note:  If you have ever seen the show Top Gear, please read this post in your best voice/accent impression of Jeremy Clarkson, Richard Hammond, and/or James May.  Thanks.

The greatest road in the world. 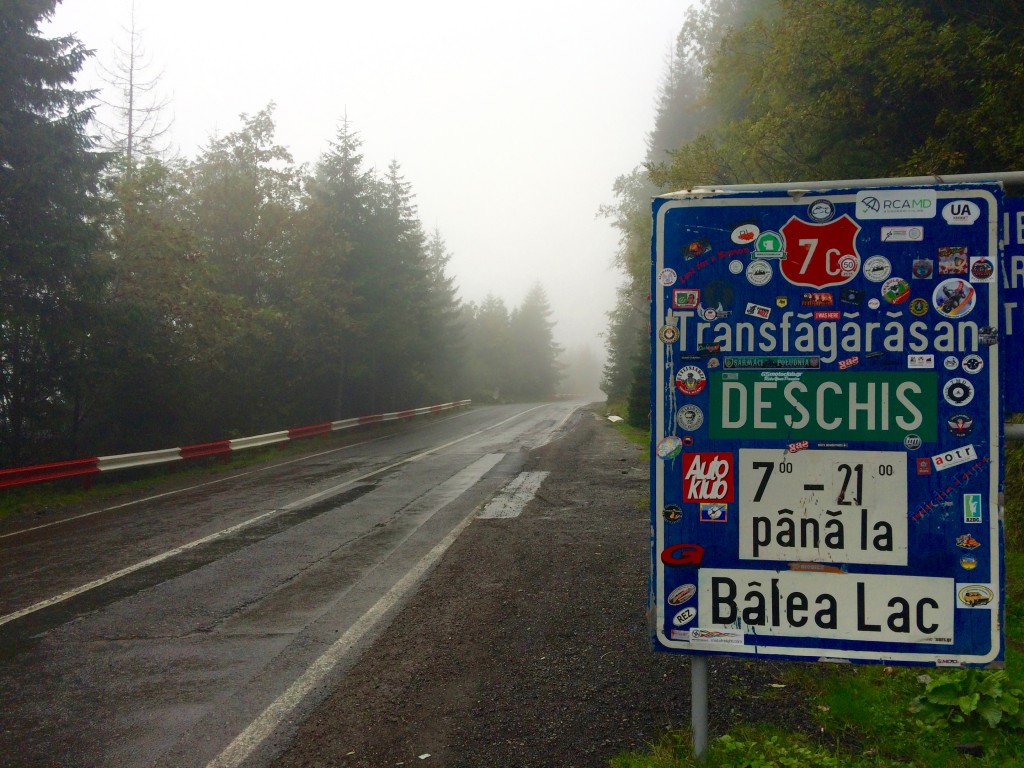 The Transfăgărășan Highway was built by Romanian dictator Nicolae Ceaușescu during the 1970s as a means to quickly move troops through the mountains in the event of a Soviet invasion.  It took four years to complete, required over six thousand tons of dynamite, and cost the lives of 40 men.  The Transfăgărășan includes 5 tunnels, 27 viaducts, and over 800 small bridges.  It climbs to 6,000 feet and offers stunning views the entire way up and down, and is only open from June until sometime in October.  A very controversial project since its construction, the road leapt to fame following a 2009 episode of British car show Top Gear and so of course… we were determined to drive it!

But given that BackpackInvesting.com doesn’t exactly have the same budget as Top Gear, rather than choosing as our trusty chariot an Aston Martin, a Ferrari, or a Lamborghini… we opted for, well, a different supercar.  One that was within our budget.  The Opal Astra.1 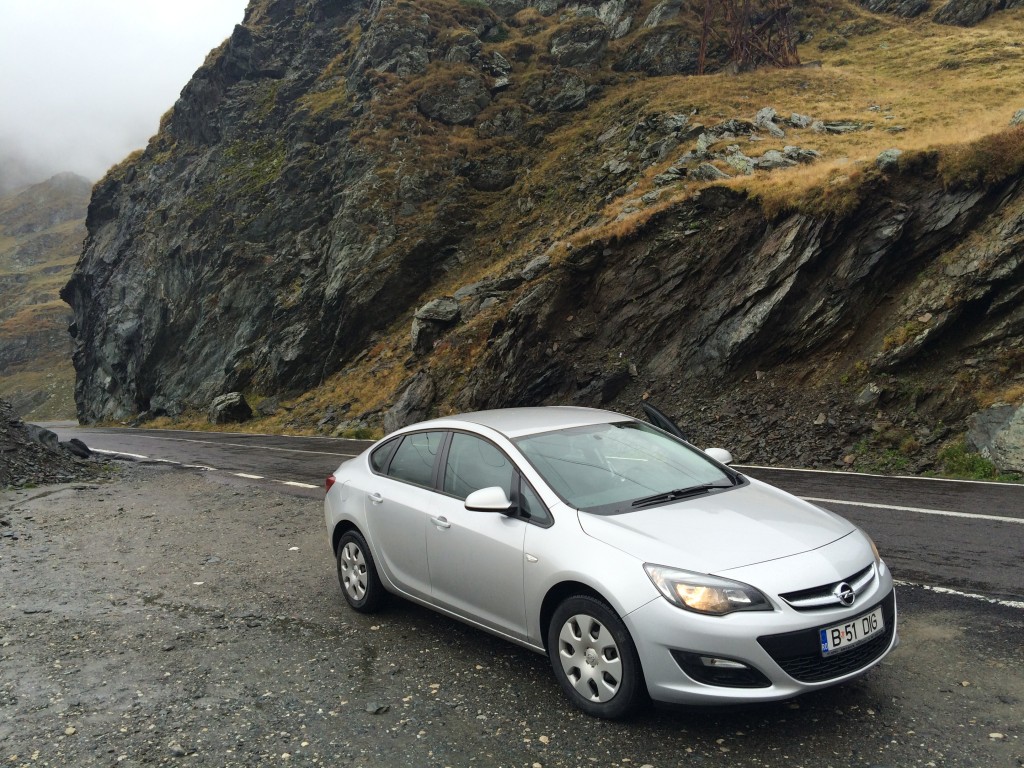 We named our car… Vlad.2  As a side note, I really really really wish that we had a Chevy Impala so that I could have named the car Vlad the Impala.  But oh well, moving on.

So.  Armed with an almost full tank of petrol, a half-empty bottle of coke zero, about 12 potato chips, and some peanuts and prosciutto, we began our quest to drive the greatest road in the world.3

The climb up the north side of the mountain was shrouded in fog.  Which was good as it prevented Lauren and Jen from seeing the probably 2,000 meter drops from their side of the car.4   The fog was really really cool, adding an element of mystery to our drive: 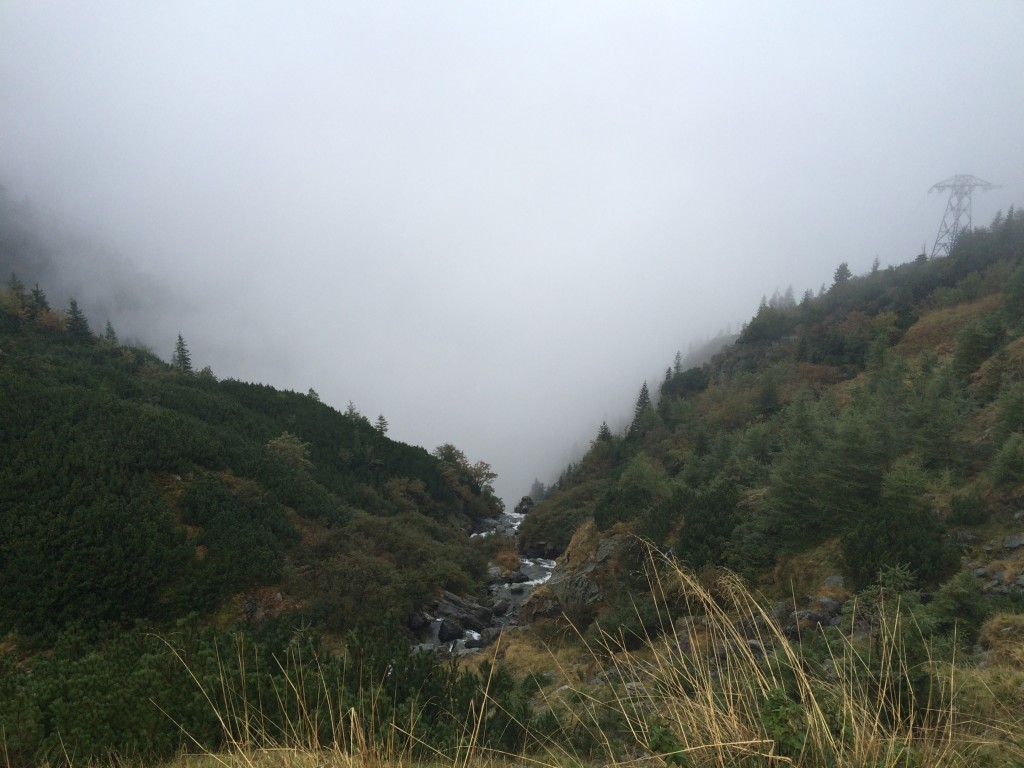 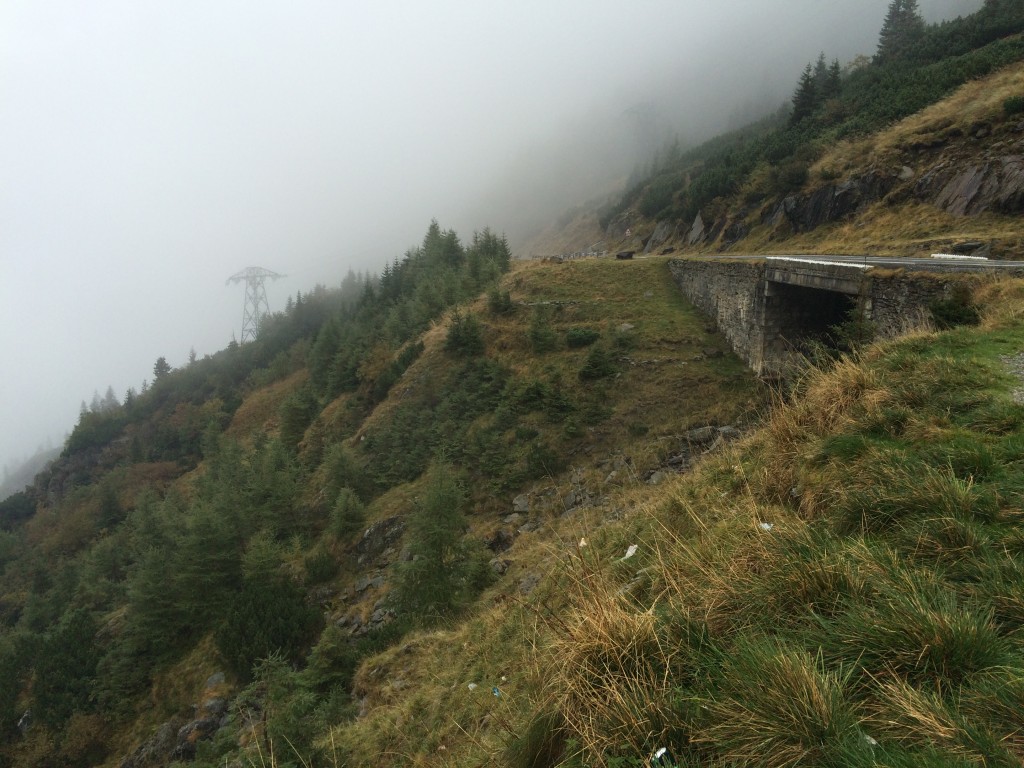 Once over the summit and starting down… we came across the most famous stretch of the road, with its crazy hairpin turns, which on google maps looks like a two year old took a crayon to the map: 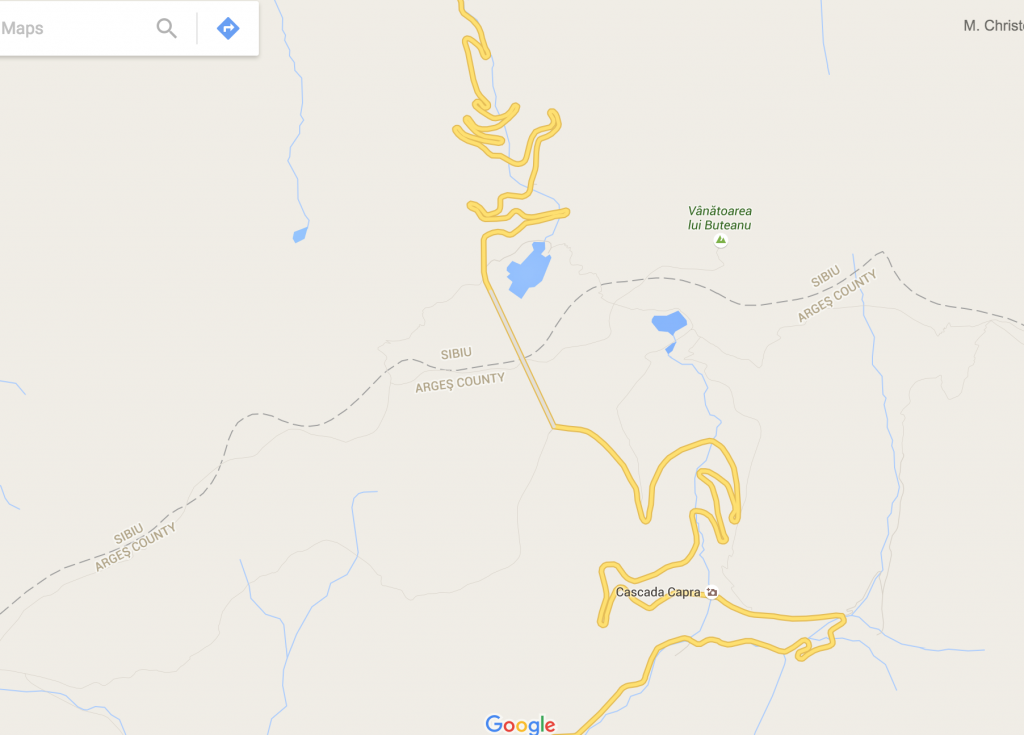 And the view was… magnificent: 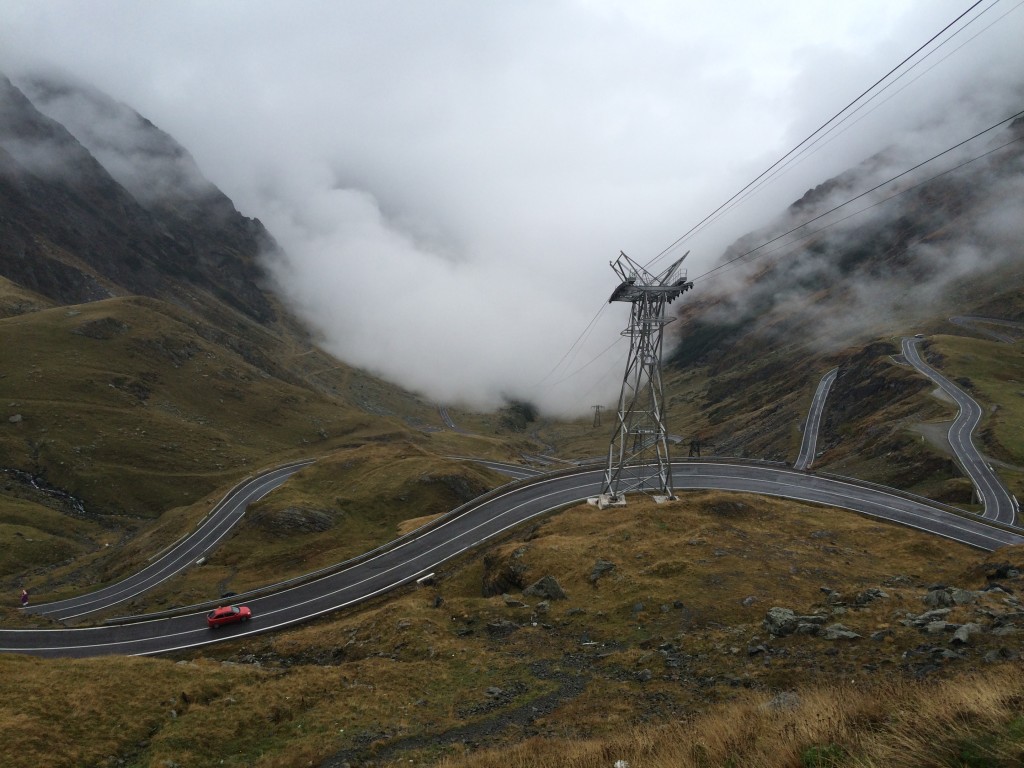 The greatest road… in the world. 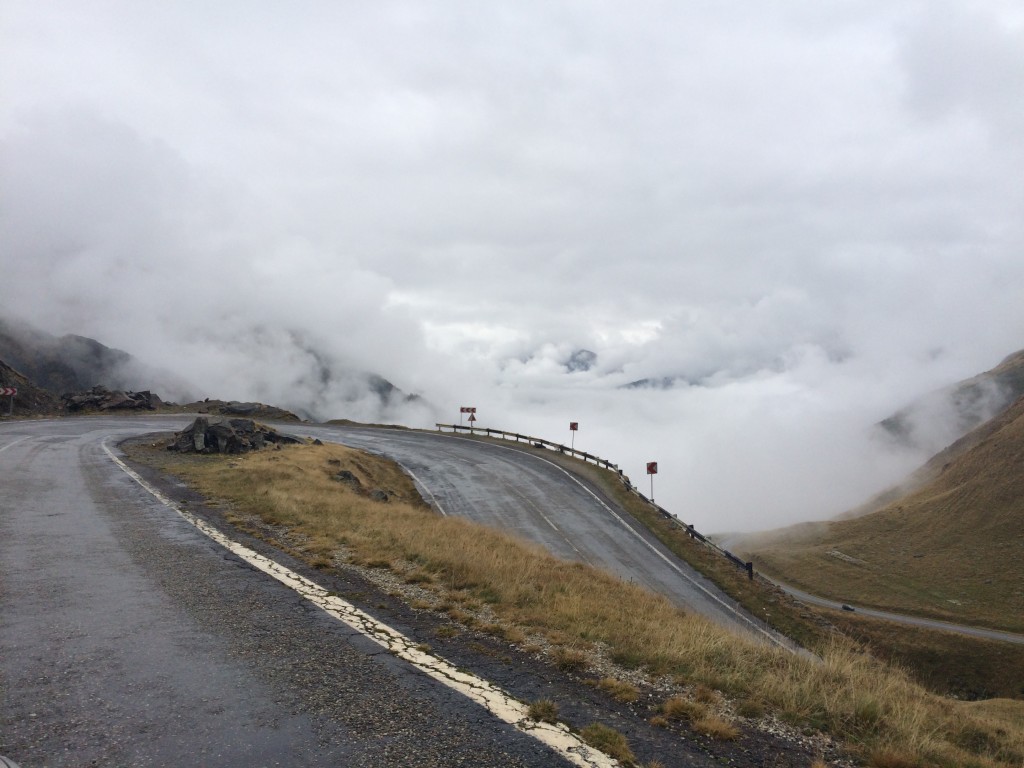 But while that little crazy curvy section gets all the attention… I actually liked the drive after that part the best.  It was about 50 kilometers through some of the most beautiful canyons of forest I have ever seen: 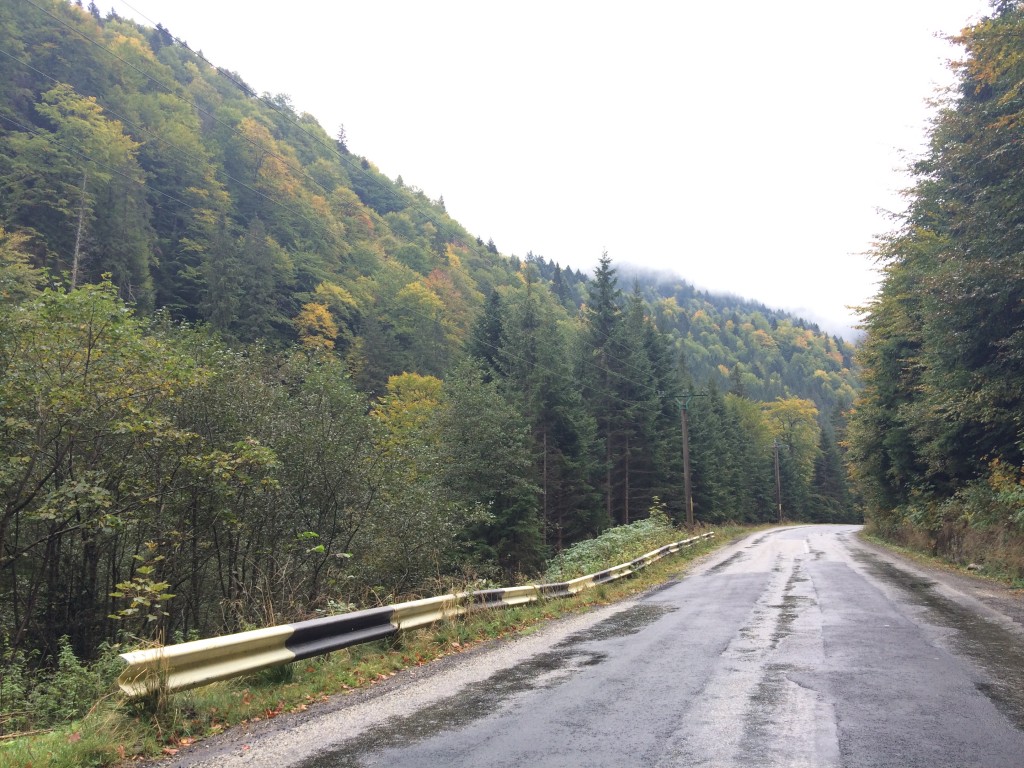 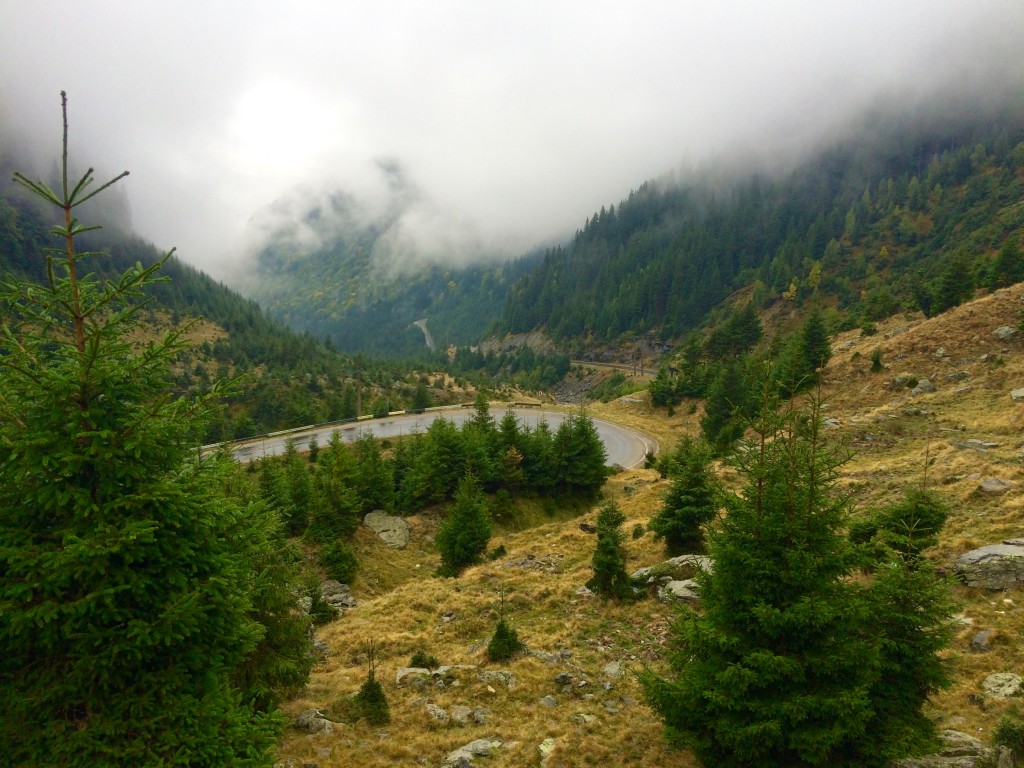 And we even drove over this crazy dam: 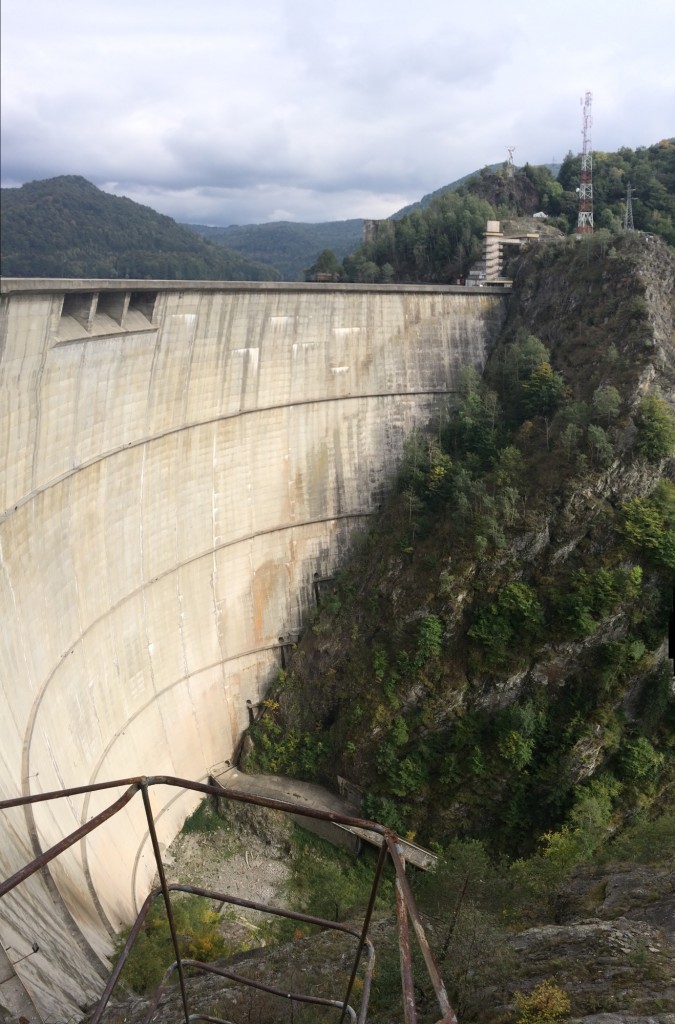 Oh yeah, and Jen made friends with a real sheep dog that wandered over: 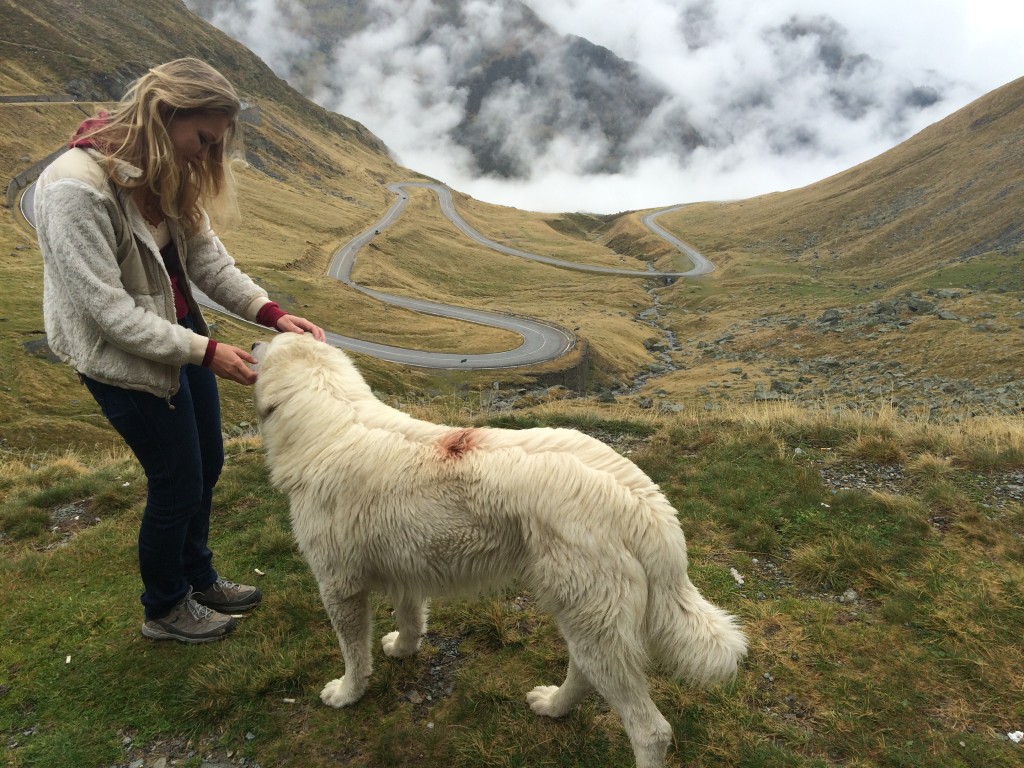 …that was herding actual sheep: 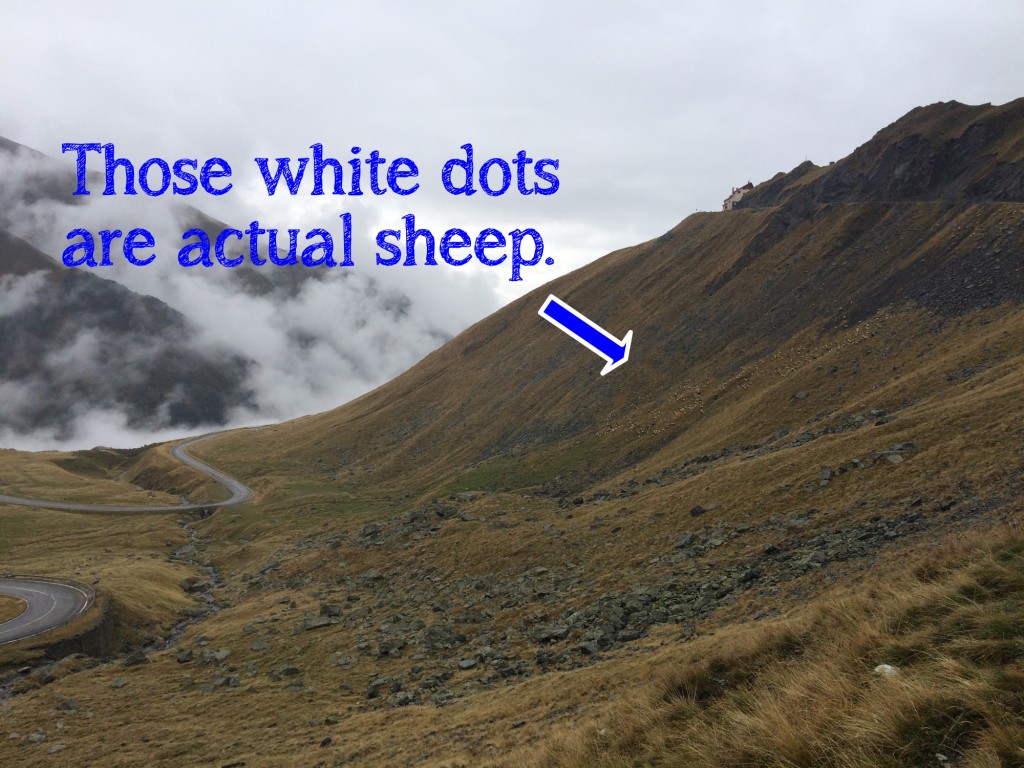 We think that given her wool jacket… the sheep dog spotted Jen from a distance and thought that she was an actual sheep that had gotten away.  So it came over to bring her back.

No seriously.  Because once the dog realized that Jen was not a sheep… it kind of herded her back into the car before heading back to the flock.5

In the end… Lauren, Jen, Vlad and I spent almost four hours driving the Transfăgărășan.  It even cost us a small overage to return Vlad to the Budget rent-a-car office a few hours late.  But it was well worth it.

Because my simple conclusion for this road, in my best Jeremy Clarkson voice, is as follows:

P.S. If you want to watch the Top Gear clip that inspired our drive… it can be found here.6

About the Dear Dollary Series:
Being a currency nerd… rather than a diary, I call these little travel related posts my Dear Dollary series.  You can find a full archive of them here.