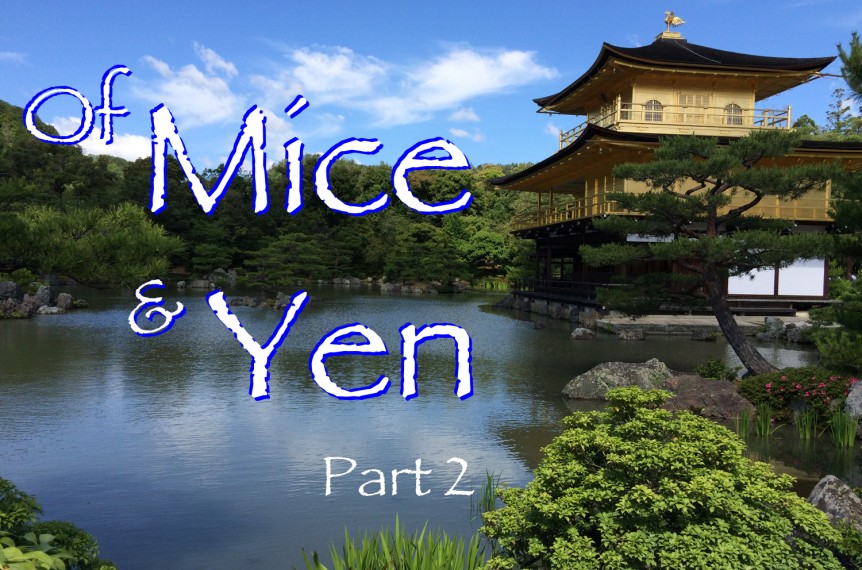 In Part 1 of this series we reviewed the demographic challenges confronting Japan. With a very rapidly aging population – a population that is also declining – Japan faces a crisis, as there will not be enough working age adults to support the 40% of the population that is projected to be over the age of 65 in the coming decades. But sadly, Japan has another – potentially bigger – problem.

If Japan had a smaller and more manageable national debt load, it would have a lot more options and time to address the demographic problem we discussed.  In the time it takes for the government to promote higher birth rates 1 the government could run up a little debt to fund this shift until demographics are brought back into line and the newly age-balanced workforce drives up government tax/withholding revenue.2  But sadly, Japan does not have that option on the table, as it is already one of the most indebted nations in the world.

Japan’s Debt to GDP ratio is currently just under 230%. 3 To put that debt to GDP number in perspective, perpetual we-are-still-a-bankrupt-problem-child Greece, which continues to dominate financial headlines, has a debt to GDP ratio of 177%. 4. Before the 2008 financial crisis in which most [western] nations’ national debt increased as we struggled to jump start our ailing economies and pay for banking/financial damage and reforms, there was a general rule among economists that once a nation’s debt to GDP passed 75% and interest payments began to eat up > 25% of tax revenue, that country had crossed the point of no return and would eventually be insolvent and need to restructure its sovereign debt.5

So to redirect, and in case I’m not there yet… let’s go all super-nerd and discuss why no one is talking about Japan. 6  Why is Greece the bigger deal in the media right now and you don’t hear much, if anything at all, about a future sovereign debt crisis in Japan?

Well, unfortunately for Greece, it needs the rest of the world to fund the government’s budget deficit and Japan does not. What do I mean by that? Let’s think about a standard bond sale by any government. When the US Treasury, for example, holds a bond auction… it is a public sale. Buyers of those bonds include individual investors, hedge and mutual funds, pension funds, both foreign and domestic corporations looking for a safe place to park cash, and even other governments. 7  For most countries, foreign buyers make up a large percentage of the buyers of that nation’s public debt. Over 1/3 of the US National Debt is owned by foreign buyers, with China and Japan leading the pack.  But I digress…

Greece finds itself in a tough spot because it is still running a budget deficit and must sell bonds to fund the government’s operation. 8  And because Greece shares the Euro common currency, they cannot simply print money. They must sell enough bonds to fund the government’s budget shortfall, i.e. to plug the hole.9  Because Greece is selling at what is nothing more than a public auction, the buyers of their notes dictate the interest rate for those bonds, not the Greek government.  And… because Greece is generally considered to be a fiscal basket case, the markets demand a high rate of interest to compensate investors for the perceived increase of risk.

Unlike Greece, which is at the mercy of the markets, Japan does not have this problem. Over 95% of Japan’s debt has been owed domestically – which basically means the Japanese owe this massive debt burden to themselves.13  Japanese individuals, Japanese corporations, and especially Japan’s Government Pension Investment Fund are the main buyers and holders of Japanese government debt.

This gives the Japanese government a key advantage in the interest rate game – they get to borrow very very cheaply. Rather than those 10 year rates we noted above, the yield on 10yr Japanese bonds is only 0.4%! 14

Why can Japan borrow so cheaply? Simple – as part of the “lost decade” in the wake of the Japanese asset bubble crash in the 90s, Japan has suffered from deflation for almost 20 years and therefore interest rates have stayed near zero for two decades now. To continue my over-simplification, the owners of Japan’s debt don’t really view those bonds as an investment per se – they are not chasing yield, but rather just using them as a safe place to park money. If they hold those bonds as a sort of “savings account” and also earn a little interest, then great.15

So let’s bring this Part 2 to a close.  If Japan has a lot of debt, but they don’t really have to pay a very high interest rate, then what’s the problem? It sounds like they are managing just fine; why are you worried about a crisis?

Well, that is where our debt problem and our demographic problem intersect. While it IS an advantage right now that 95% of Japanese debt is sold to the Japanese, giving Japan low interest rates… what happens when that population is aging AND declining and eventually you don’t have that 95% to buy your debt???  You have a crisis.  Which I’ll attempt to explain in Part 3 of this series…

Random references and great articles, both current and a bit dated, for this series here –>16