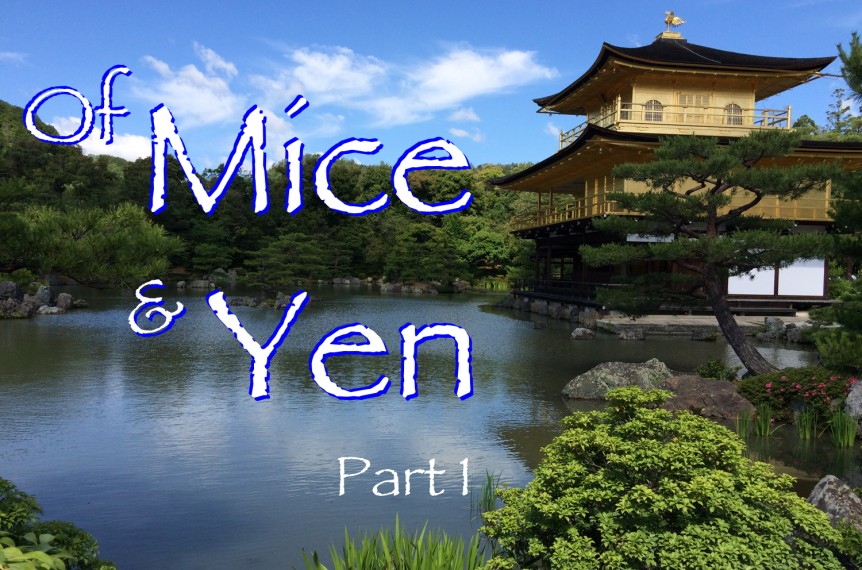 I was very excited to visit Japan. When we first started planning the trip, I initially tried to allocate about three weeks to the country before Lauren reminded me that we had a lot to see. Additionally, we had decided that we’d like to spend more time in emerging and frontier markets and any extra time in Japan would have to come from the five weeks we allocated to Indonesia and Malaysia. 1

After our eight days in Tokyo & Kyoto, the verdict was in. I loved Japan. LOVED it. The culture, the food, the amazingly friendly people… I really really loved Japan.2  And I want only the best for the Japanese people who were such excellent hosts and ambassadors for their country and culture – so much so that it pains me to write a single negative word about this amazing country. But unfortunately, this isn’t BackpackPoliteness.com… it’s BackpackInvesting.com and the reality must be addressed.

To get right to it… we should really quit worrying about Greece3 and instead monitor Japan, the world’s third largest economy. Because Japan is facing a major crisis in the years to come.

As I pointed out in my post of random observations from our visit to Tokyo and Kyoto, Japan is one of the “oldest” countries in the world. Not “oldest” as in the origins of Japan as a nation, but as in the age of its citizens. In many ways this began from a good thing – Japan has one of the best health care systems and has for years boasted the highest life expectancy in the world.4

However, while living a long and healthy life is rightfully acknowledged as a great achievement, there is a downside to the story – the birth rate in Japan is not keeping up and Japan’s population is now shrinking. This decrease began in 2004 and last year the population shrank by another 268,000. Current estimates by the Japanese government project that if major changes do not occur – starting immediately – by 2060 the number of Japanese citizens could fall from 127 million to below 90 million! Japan’s birth rate is 1.4 per couple, which is not enough to sustain a population.5

Additionally, demographics in Japan are moving in the wrong direction due to this low birth rate and high life expectancy. Currently over 20% of Japanese are over the age of 65. By 2060 this is projected to be an astonishing 40%! This will be an economic disaster for the Japanese government. Today Japan has only three working citizens for each retiree; in another 15 years there will be only two. And that math simply does not work – over the past two decades Japan’s spending on social security has increased by 15% and will only get worse.6

The demographic problem – both the falling population AND the aging of the population – must be addressed; to not do so is to invite a major crisis.  But unfortunately, the Japanese government is going to need to be efficient at multi-tasking, because there is a second major problem to deal with at the same time, which we’ll examine in Part 2 of this series…

Random references and great articles, both current and a bit dated, for this series here –>7