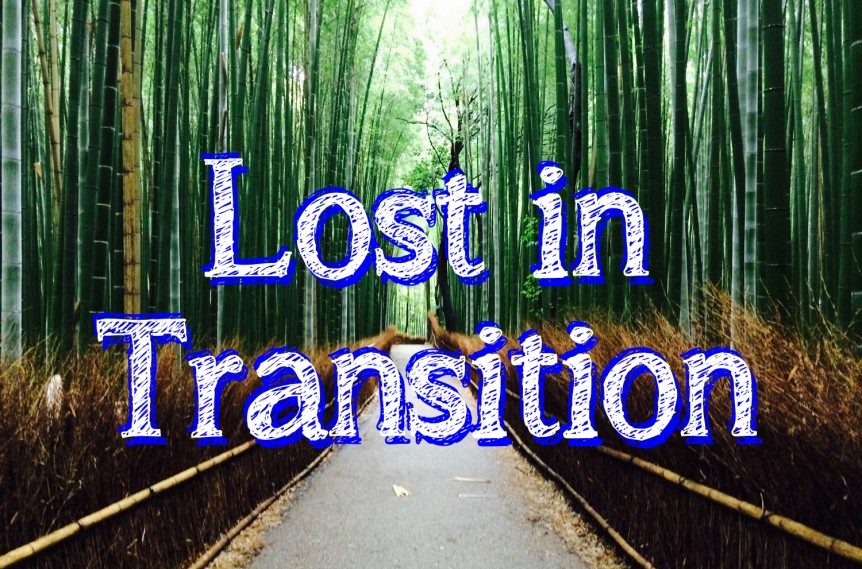 After spending a week in Tokyo and Kyoto to kick off our trip, I was reviewing my notes and settled on sharing the following totally random thoughts and observations.  1

Everyone is amazingly friendly.

We asked for directions a LOT and not only did everyone stop to help us, but they genuinely seemed pleased to be of assistance. Not a single person – and we probably talked to 30 people – seemed the slightest bit annoyed.  At least a few times when we looked lost2 someone would stop and say “do you need help?” 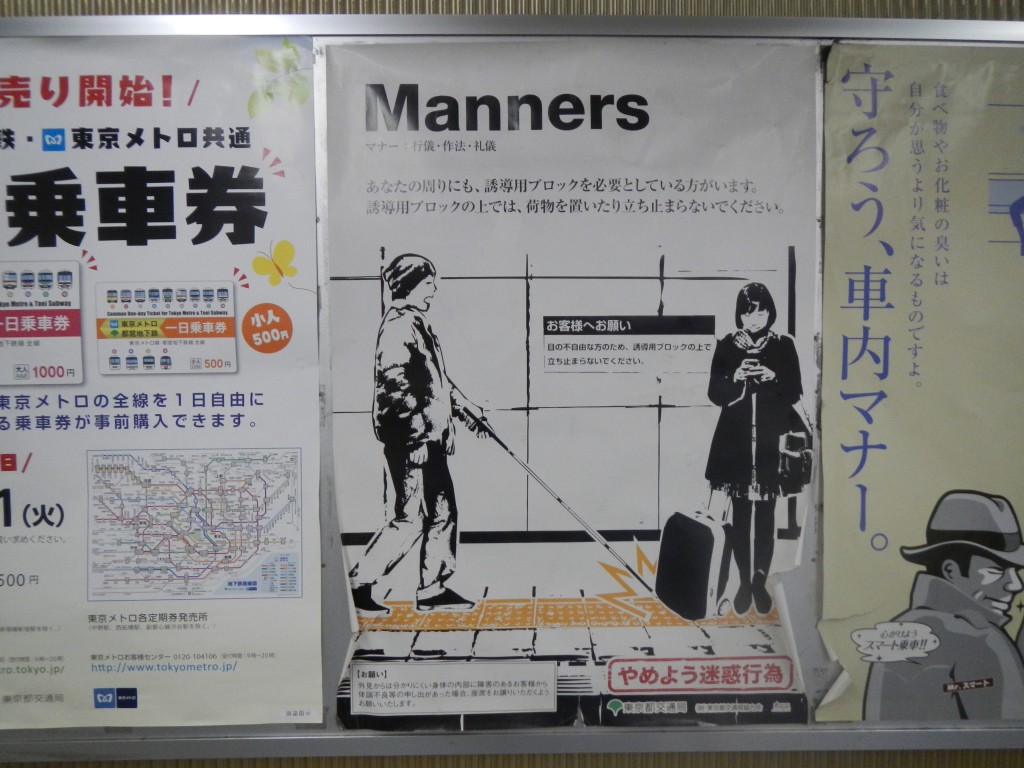 Manners. They have them. This is one of a series of these “Manners” posters we saw in all the subways. It worked.

And the most amazingly polite thing about the Japanese that we couldn’t stop talking about – the polite and efficient manner in which they queue for trains:

That is a single file line. TO BOARD A TRAIN. Guy A to the far left is waiting, patiently, to board the train on the right. He might not even get on this one, but that’s how polite everyone is.

Love the people of Japan. So amazingly polite.

There are no garbage cans.

Seriously. Where does everyone throw away trash???  First, Lauren read somewhere that it’s a cultural faux pas to walk down the street eating and drinking.  I guess you just stand by the store or machine, consume your food, then burn or vaporize whatever it came in.  There are a few recycling bins for bottles/cans next to the street vending machines, but I carried trash around with me a lot in Japan.

And you typically do not get a napkin with your meal.3  I guess on a very packed island nation, it is just smart to minimize the paper waste. It made me think about how wasteful I can be back home. I know this whole “no garbage cans thing” is a very random thing to be talking about, but seriously here’s a typical moment from our time in Japan, that occurred about 19 dozen billion times:

If you’ve been to Japan and I’m missing something here, please tell me where the trash cans were.  Otherwise I’m going to assume everyone has some awesome pocket sized trash compactor they carry around. I have three pieces of garbage in my pocket right now as I type this. 4

Trains and busses are so comfortable and efficient and are always on time!5 We loved traveling on the shinkansen bullet trains!67

Long-distance trains are also very expensive, so if you visit Japan you must buy a JR rail pass BEFORE you go; they cannot be purchased from within Japan. We did and the cost of a 7 day rail pass was about the same as a round trip ticket between Tokyo and Kyoto, so it’s a killer deal.

…On that same note, trains and buses are super quiet. No one has loud/obnoxious conversations on the train/bus. Either with the person next to them or on the phone. 8

The Tohoku Earthquake and Tsunami from March 11, 2011 was a MAJOR disaster for Japan.  The magnatude 9 event was the most powerful earthquake to ever hit Japan and over 15,000 lost their lives (with appx 2,500 still officially missing).  It also caused a nuclear meltdown at the Fukushima Daiichi Nuclear Power Plant.  So I was curious what if anything we would see or experience from the aftermath of that event.

Surprisingly… I didn’t notice anything overly obvious.  Granted if there were “we remember” or “always be prepared” posters or messages, I wouldn’t be able to read them.  But I didn’t see any over the top visual signs or reminders of the quake/disaster.  Nothing else to note here I guess; I was just surprised.  It was a tragic event and is going to affect the nation for years to come.  I haven’t gotten around to it yet, but want to do more research on the aftermath and what plans Japan has put into place to prevent the loss of life in the future when I have time.

We were there for a mini-quake though.

We did experience an earthquake… we just didn’t know it at the time.  We were at the metro station heading out for dinner and the trains were taking forever.  There were a lot of announcements on the PA system and each time a few people would step away from the very long line9 and leave.  After about 10 minutes I pulled out my phone and realized that this had happened.

Anyway, back to the happy stuff.

In Japan everything is adorable.  Everything.

Like this picture advertising something in front of the golden temple in Kyoto: 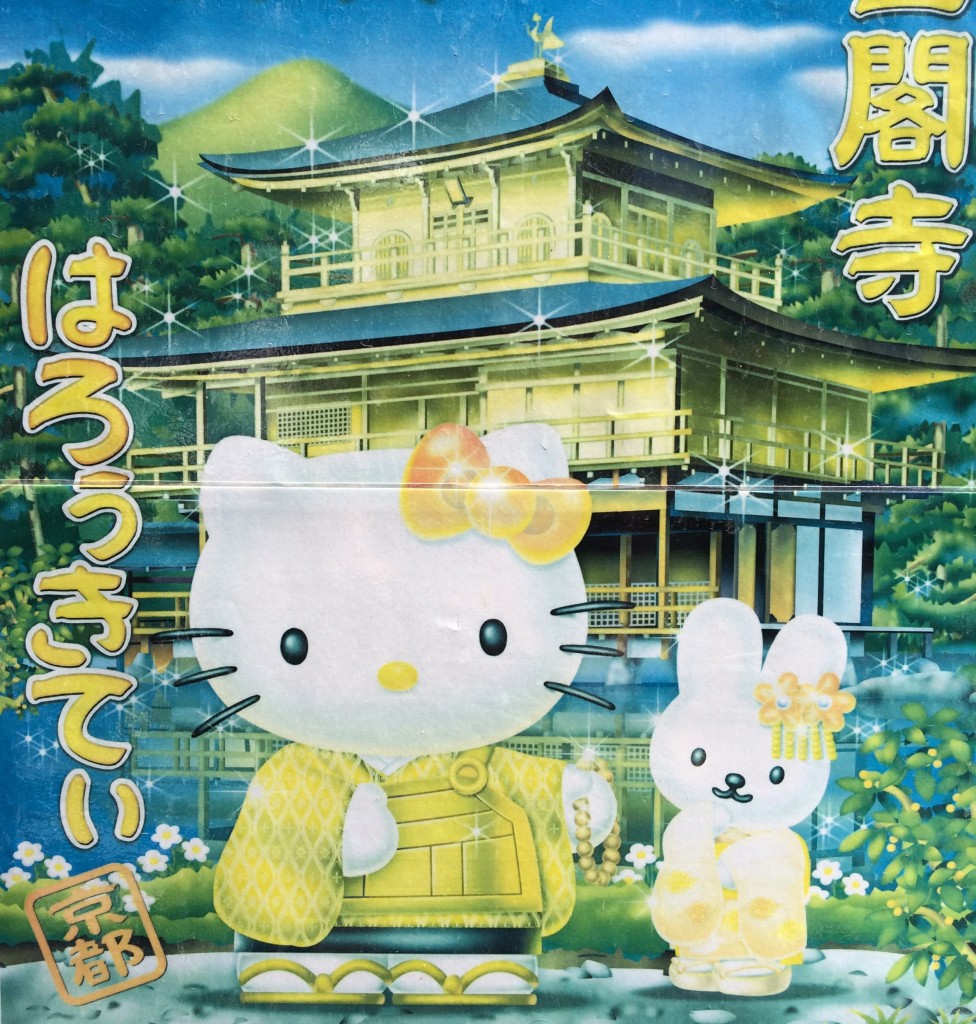 Not just kids stuff… ads that I couldn’t read but were 100% sure were for adults often had some type of adorable mascot.  I wish I had more pictures of them.  Here’s a kinda good example.  No idea what this is saying:10

Another example?  Sure.  Tony the Tiger isn’t cute enough for you?  Well then, let’s give him a buddy so you’ll buy more of our cereal:

Japan just straight up Hello-Kitty’d our boy Tony the Tiger. I should be mad. But I can’t b/c Toni the Tiger-ess is adorable.

I could go on and on.

There is something in Japan for everyone.

Kyoto was more about visiting amazing sights.  Tokyo was just fun to get lost and walk around random neighborhoods.  And have cultural experiences.  Like this:

I know, this is weird… but I’d seen pictures of these toilets in Japan with like 457 buttons on them.  So I was curious what that was about.  And in all of our hotels, restaurants, etc. they were basically just a fancy toilet/bidet combo.  I tried to order a burger from the one in the Narita Airport Hilton but nothing happened…

Which is cool with me, because I love green tea.  I even liked my Oreos…

and I seriously LOVED the green Kit Kat.  I bought a giant halloween-sized bag and ate it in one night.  Amazing:

Young Japanese either speak English, or are trying hard to learn…

The young people we met love Americans and are very serious about learning English.  We were stopped several times by students hoping to ask a few questions or take a photo with us.  At one shrine in Tokyo we even had a group of university students stop us to ask if they could tour it with us and practice English: 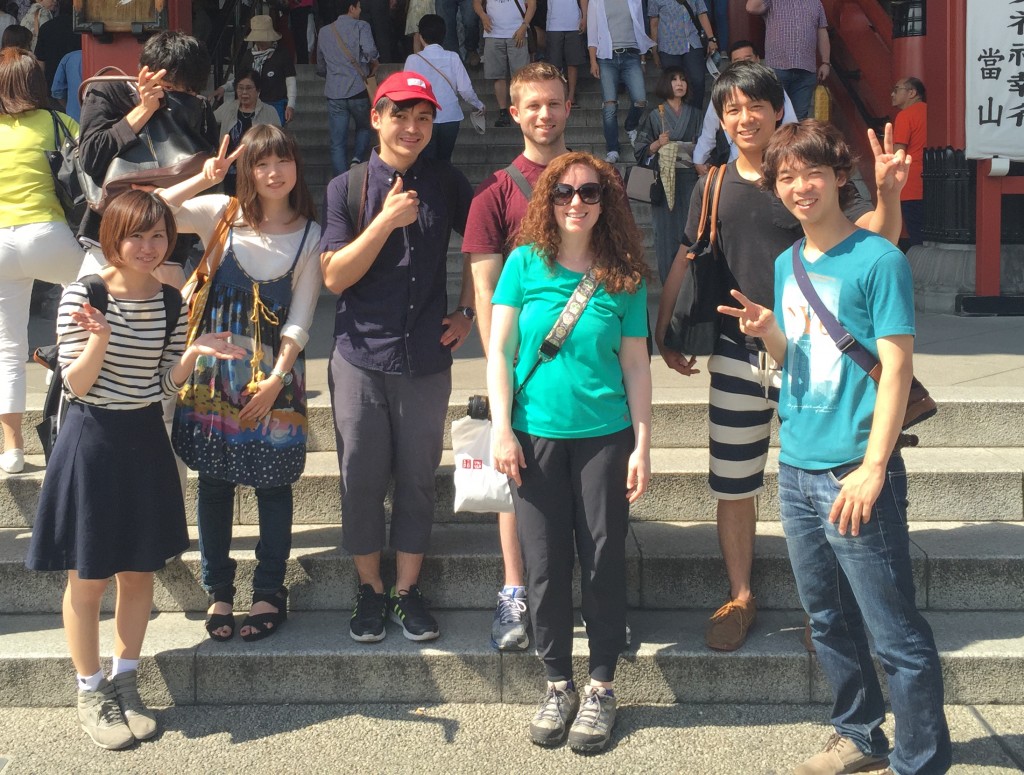 Lauren and I clearly did not get the memo that we were all throwing up peace signs.

Here’s the thing… they weren’t English majors.  One was a law student, one business, one micro-biology, etc..  They just wanted the practice and do this little activity two weekends per month.  That is how you stay competitive in an ever-changing global economy.  Good for you, young people of Japan!

…However, there don’t seem to be that many young people in Japan

For the sake of full disclosure, I came into this one with a bias, knowing that Japan has a serious “aging problem” and curious to see it for myself.  This, of course, is also not scientific.  As I said in the introduction to this post, I don’t pretend for a second that spending a week in two cities in the country can give me any real insight into such a complicated topic.  But I’m going to talk about it anyway.

We definitely noticed that Japan is an “older” nation.  And I paid attention the entire time and did not see one family with three children.  Not a single one. 11 No joke, we saw WAY more canes than strollers.  Japan as a nation is “aging” faster than most other countries in the world.  And this is going to cause MAJOR problems for the world’s 3rd largest economy.