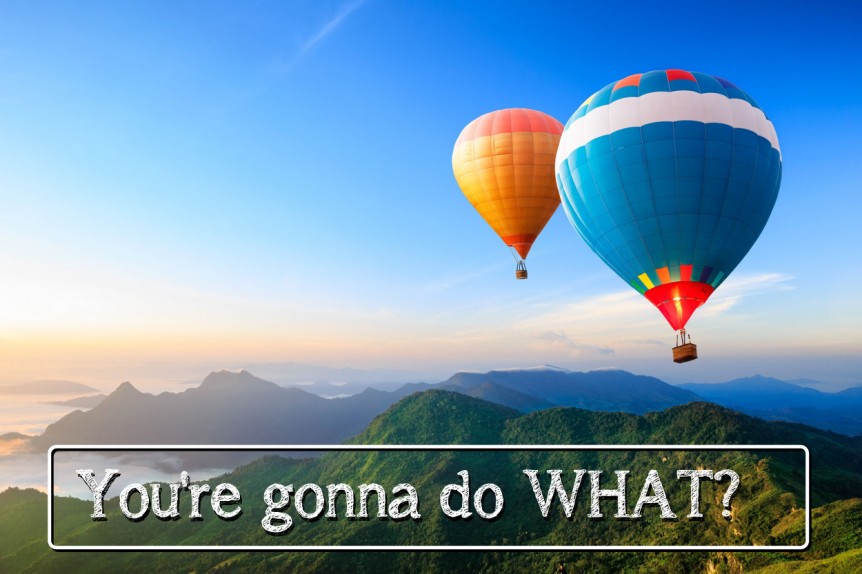 “You are going to do what?”

That is a typical reaction when you inform someone – especially parents – that you and your wife will be leaving your lives and careers behind to travel the world for a year.  You tell them that along the way you will be starting a global investment business and the purpose of the trip will mainly be research for said business.  Also that you have planned carefully and saved appropriately for the trip.  And… it will be a once-in-a-lifetime experience.  But they didn’t hear anything after the first sentence.

Ok, now the shock has past and from there the second thing that everyone has said to us varies.  Wildly.  It’s been very interesting noting what we are asked as the second question about our around the world trip.  Some range from the practical (“how do you afford to do that” or “what are you doing for insurance”) to the curious (“so where are you going?” or “how do you pack for that?”) to the funny and weird (“can I please go with you?” or “what if you get attacked by a lion?”).  I’m sure my lion question friend was really asking about insurance or contingency planning, but it’s interesting that he went in that direction.  Maybe he’d just been to the zoo or watched The Ghost in the Darkness.  Or perhaps I’m just not taking seriously enough the possibility of being attacked by a lion.

Let’s get the selfish part out of the way first…

I am now self employed at the start of what will hopefully be a long (and successful) journey with my new business/fund.  Despite that recent development, I guess 25% of the trip has nothing to do with long term business/career plans. In the coming years Lauren and I hope to be settled and to have started a family, so this is just the right time for an around the world trip.

There are still a lot of amazing places in the US we haven’t seen.  I’ve never been to Washington D.C. and Lauren has never seen the Grand Canyon.  But the odds are much higher that we’ll be doing one of those things with kids than that we’ll be taking them to Indonesia to visit Borobudur.

So we want to do this trip now.  When I took my first trip abroad to France & Italy in 2006, visited Egypt & the U.A.E. between jobs in 2009, or traveled to China and the Philippines in 2010… in each case I could have stayed home, worked harder, and saved the money… however each trip had a huge impact on me and I am honestly a better person for it.  I love to travel internationally, but completely understand that for some people it isn’t worth it.

The things that I find to be all part of the fun – like not being able to read a menu in a packed restaurant or order at street stall (which probably means you are in the right place) or accidentally buying the wrong train/bus ticket – others hate and wouldn’t want to waste their vacation on the frustration.  And that’s totally fine.  I’m not here to convince anyone else to travel the world.  If your little slice of Heaven is laying on a beach in Florida or Cali after a short/easy flight and having nothing but a book and a frozen drink (with a little umbrella of course) next to you for a week then more power to you.  Because I saw this great little quote on a travel blog a few years ago that really stuck with me: 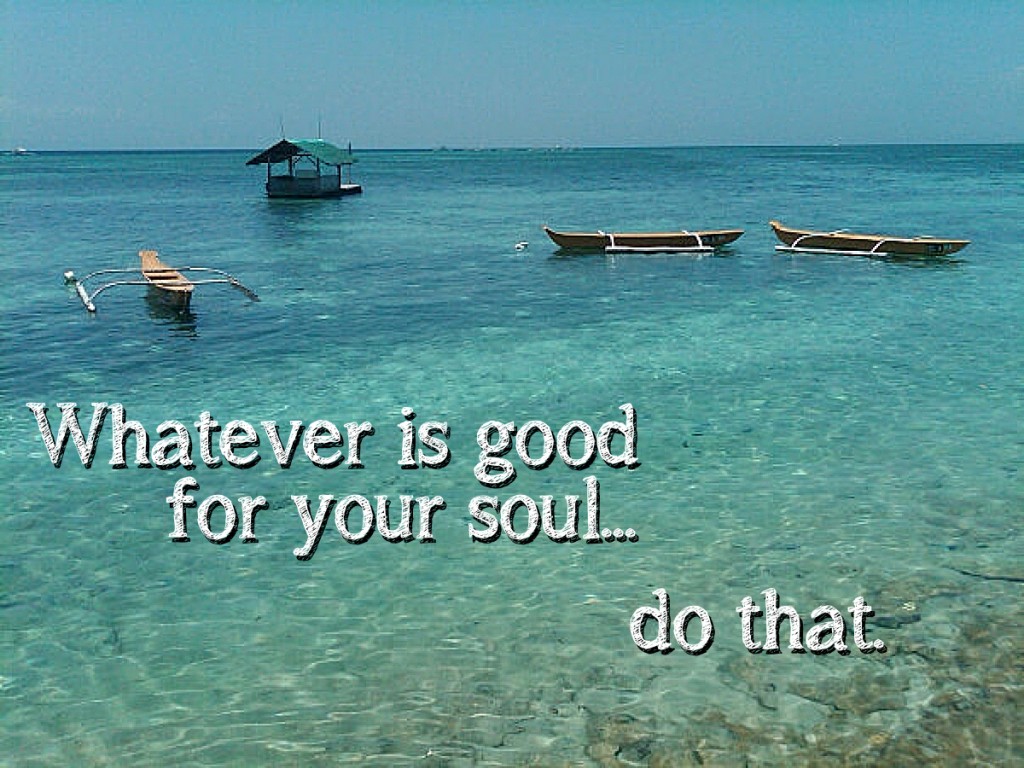 I took that picture in the Philippines on a boat that I chartered for the entire day.  Just for me.  With a crew of four.  For $250.  Because experiences like that which might be out of my budget in Florida or the Caribbean were possible on that trip.  And so I cruised those gorgeous, perfect waters with no agenda, no emails to respond to, a warm breeze crossing the boat, and not a care in the world.  That is what is good for my soul.

And it is that idea that is behind the “selfish 25%” of our trip which caused Lauren and I to wake up one morning, give the green light, and say “we are doing this.”

Since “the business side” of the trip will get more than its share of attention on BackpackInvesting.com in the coming weeks and especially on the road, I can keep it fairly short for this first post.  Let’s leave laid-back island hopping Christopher behind for a second and bring back super-dorky economics-loving Christopher.  Who has a lot of questions about that last section…

Forget the warm breeze and clear water, why was that experience only $250?  Was the Philippine Peso undervalued?  Or the US Dollar overvalued?  Was there over-capacity in the Cebu island-hopping industry that kept a ceiling on the prices for chartering boats?  Why is nautical-skilled labor so cheap that you had a four person crew?  Should I be investing in the publicly-traded Philippines tourism companies because eventually the increasingly wealthy Asian consumers are going to flock there like Americans do to the Caribbean, ultimately driving up prices and generating steady growth in tourism revenue?  And, in general, what if anything can one gather about the long-term economic prospects for the Philippines based on that experience?  Can it be extrapolated to the broader economy of the Philippines or other individual industries or sectors?  Those are just some of the questions that a global-macro investor might ask.

I’ll write a lot more about this type of thing in the coming weeks before we leave and even more so from the road, but we have a lot of theories about where the global economy is headed.  Like all good early-stage theories, they are open to influence, subject to change, and need to be vetted.  And what better way to start this research than by loading up our backpacks and getting out there on the road – specifically to some of the emerging and frontier markets about which we are most excited over the long run – to explore the world ourselves.

So where are you going to go?

We have a list of approximately fifty countries that we would like to visit, but we also want to remain open about the itinerary.  But as of now the general plan looks something like this (click to enlarge in a new tab/window):

We have the summer pretty much locked down, primarily because we had to have airfare and hotels booked to obtain our Russia/China visas.  Things get a little more open as we move into the fall.  From that point on it is more of an idea of where we generally want to be and when, but we are very open to slowing down when we are in love with a place and moving on quickly when we are not.

One note… we did plan the trip based as much on weather as anything else.  For example, it might seem funny that we are visiting Indonesia in June/July but the Philippines in the spring of next year.  Despite being near each other, the climate in Indonesia (on Java) is ideal in June/July while most of the Philippines will be drenched in monsoon season.  So that’s why it looks like we are bouncing around a bit.

Next Steps and the Countdown

We leave for Tokyo on May 28.  Over the next few weeks we are visiting family and friends and putting the final touches on our trip planning.  We’ll post a bit more about both the travel planning aspects and on our business plans.

Thanks for visiting BackpackInvesting.com and we hope you’ll stick with us and follow Lauren and I around the world!